Skip to content
16Jan 2019 by Dave Macleod No Comments

This life lesson relates to my previous blog #26 Gamble in Las Vegas.

The word gambling is defined as the activity or practice of playing at a game of chance for money or other stakes. What is the most important word in this sentence? Chance. The word chance is defined as a possibility or probability of anything happening. Possibility cannot be quantified but probability can. The probability of an event happening in a casino (The House) is called the House Edge. In simple terms, the House Edge is the mathematical advantage that a game has over an individual, over a long term. The higher the House Edge, the higher the probability that the House will take your money over a long period of play.

In short, gambling involves using your money to play a game where the House Edge dictates the probability of you losing it. Anyone who decides to gamble should understand this. If you think you have a proven method to win every time, you’re wrong. 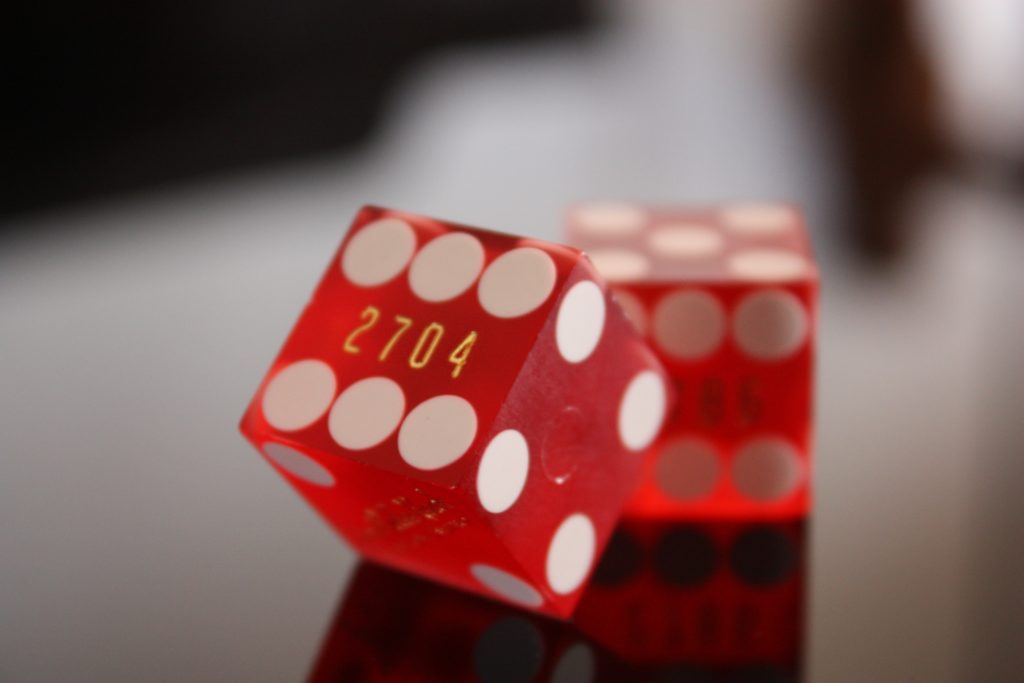 As I described in my previous blog post, I managed to lose $100 in a matter of minutes the first time I tried gambling in Las Vegas. I knew what the House Edge was and I was willing to part with my money, which is why I limited myself to $100. Regardless, it still sucked losing my money that quickly.

At the end of my trip I was up $60 in winnings but only because luck was on my side the second night and I was able win back what I had lost and then some. For every one person who comes to Las Vegas and “wins” there are several that “lose”.

When I was 19 years old I read a book called “Thirteen Against The Bank”, which tells the true story of 13 amateurs who played roulette using a system to consistently win large sums of money. It was a great read and led me to researching gambling and roulette a bit more. The system that was used in the book was intricate and required significant commitment to play over several hours. I was more interested in something I could do that would help me the odd night that I went to the casino.

There are several systems that can be used in roulette and I researched a few of them. One classic system is called The Martingale. This system involves placing an initial bet and then if the bet is won, you collect your winnings. If the bet is not won then you double your next bet and keep doubling subsequent bets until you win. Once your bet is won, you revert back to your initial betting amount and continue. This system is intended for playing the outside (red/black, odd/even or high/low bets that have 1:1 payouts). The table below will help explain how this works.

From here on, things are going to get mathematical, be prepared.

The example shows a tally of seven spins with four wins and three loses. The total amount of money won was $20, which equals $5 per win (our initial betting amount). It is obvious to see that with spins 1, 6 and 7 we bet $5 and win $5 for a total of $15. Where does the other $5 come from?

An important misconception I would like to share with you is called the Gambler’s Fallacy. This belief involves thinking that an independent trial of a random process can be predicted by its history. For example, if you were to flip a coin 10 times and it landed heads every time, you would be inclined to assume that the next flip would have to land tails. This is a false belief that our minds give us but each time a coin is flipped the odds are 50/50 regardless of previous outcomes.

This is also known as the Monte Carlo Fallacy because in 1913 at the famous Monte Carlo Casino in Monaco, the roulette wheel landed on black 26 times in a row. Many people bet against black based on this fallacy and millions of francs were lost because of it. 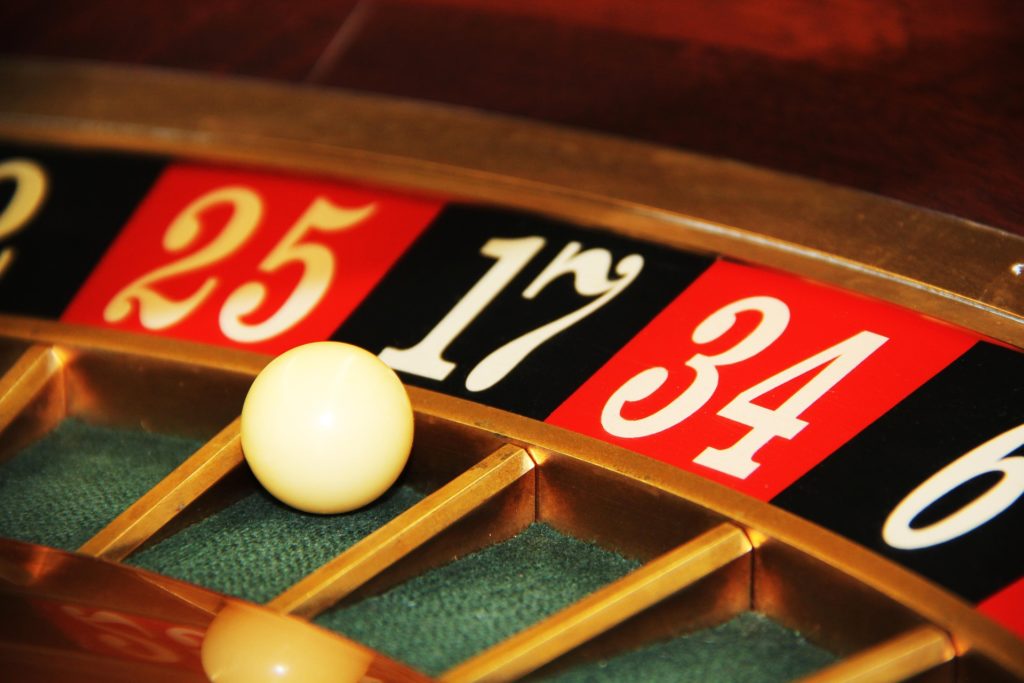 I knew this system was not the best but I decided to adapt the system and test out my theory. I had a toy roulette wheel from an entertainment set and constructed a roulette board from a large piece of Bristol board. The issue I had with The Martingale system was that I would only make back my initial betting amount per win, even if the win was preceded by a losing streak. This meant that all lost bets equated to 0 (as long as you were able to successfully break a losing streak). My idea involved playing two Martingale systems against each other, meaning I would bet on black and red at the same time. This may seem very silly to have two bets against each other but I will illustrate another example to help explain.

The example shows a tally of seven spins but now the total amount of money won was $35, which equals $5 per spin. By playing both colours, I was able to win my initial betting amount every spin, instead of only the spins that I won. I realised that this would effectively double my winnings compared to the standard Martingale system.

The risk with this system is that if the ball lands on 0 or 00, both bets lose and each of them have to be doubled simultaneous. As I mentioned before, there is no proven system to win every time but I had practiced with this system and it was giving me good results.

My brother Galen is a couple years older than me and had been to the casino in Halifax many times. I showed him my system one day and we practiced several spins to test it. He was impressed with it and thought we should take it to the casino to try it in anger. I researched how many spins were played in one hour and determined that 60 was a reasonable average. Galen told me that the roulette wheels at the casino had a minimum bet of $10. Therefore, I calculated that we could stand to make $600 per hour. Not bad money for a university student.

One Saturday evening, Galen and I walked into the casino with the intention of making some serious cash. It was my first time in the casino and I was pretty intimidated and nervous. Galen had been there before so he walked in with more of a cool, relaxed attitude. He knew what to do so he sat down, changed some cash and began playing the system. I watched for about 15 minutes as Galen played the system and sure enough he was up $150 from when he started. This gave me some confidence in my system so I sat down, changed some cash and began to play alongside Galen. 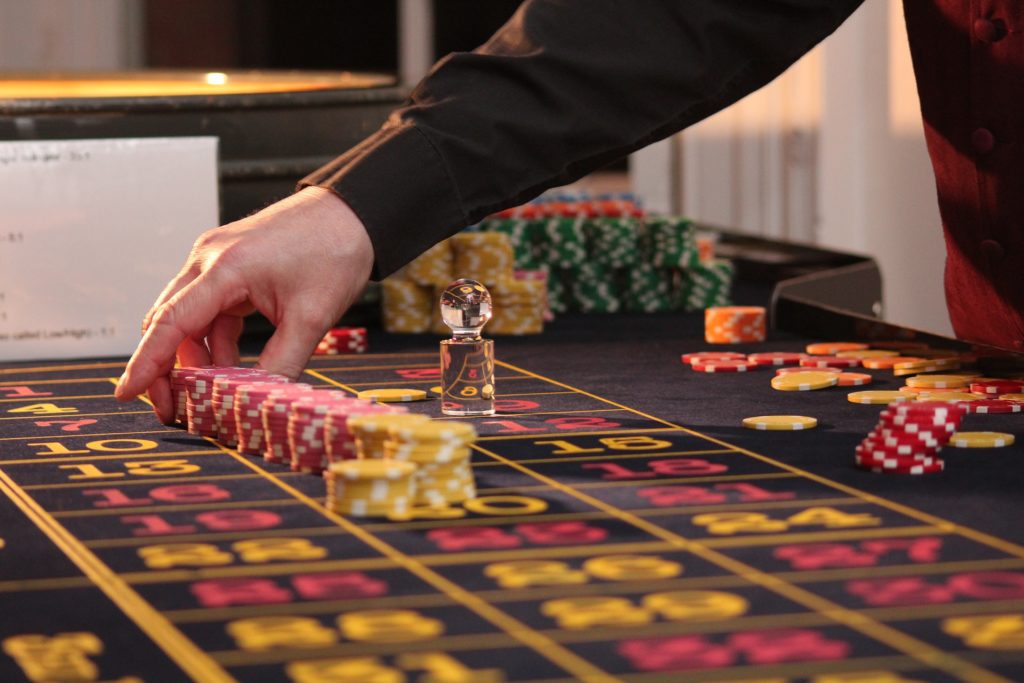 I’m not sure what the pit boss said but I assume it went something like this, “make them stop”. During the previous spins the croupier did not engage with any of the players. However, immediately after the pit boss walked away, he targeted me and began trying to pick apart my system.

“I see you’re betting on red and black at the same time, that’s not very smart” he said. I smiled and said, “Thank you.”

He continued to pressure me against using my system by saying, “If 0 or 00 lands, you’re going to be in some serious trouble”. He hadn’t told me anything I didn’t already know so I just smile back at him and said nothing. 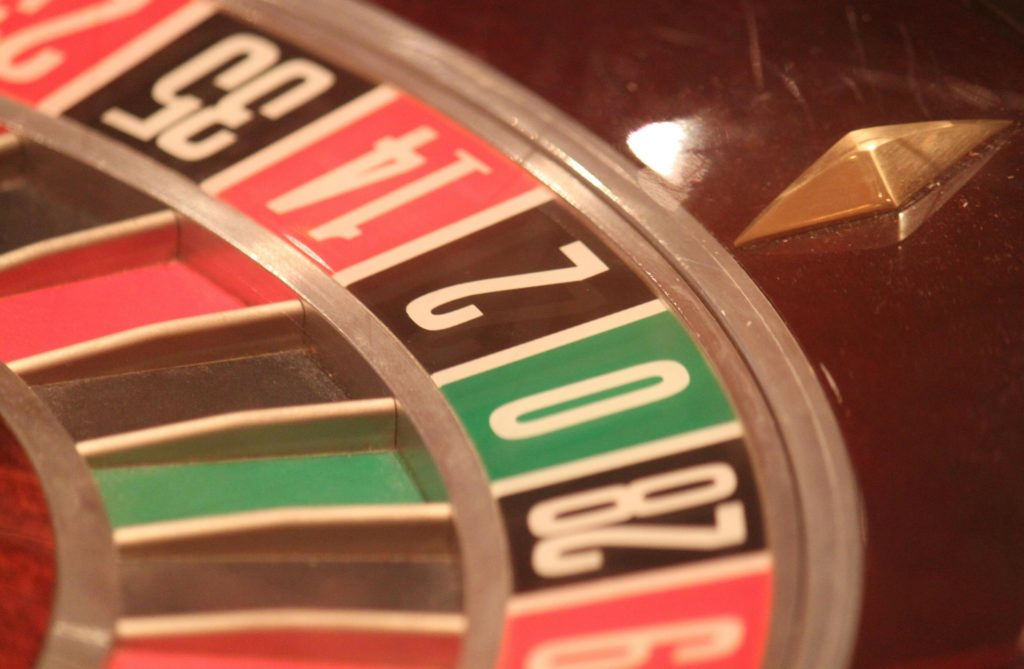 I thought about it quickly and he was wrong. If I am playing one hand that has a House Edge of 5.26% and also playing another hand with a House Edge of 5.26%, it is not cumulative. The House Edge remains the same but I simply doubled the amount of hands I can possibly lose. Perhaps that is what he was trying to say. However, at any given time one hand will only be betting $5 so I have not doubled my risk. Either way I knew he was just trying to get me to stop.

This time I looked back at him and said, “You seem pretty good with numbers. When I sat down I had $150, now I have $350, can you tell me how much I have made since I have been here?” That shut him up for the rest of the time we were at the table.

The next day Galen asked me if I wanted to go back to the casino. I did not have any plans for the day and thought it would be good to make another $330. However, this experience was a bit different. We got hit with a long streak of one colour and basically ran out of capital to double our next bet. In a few short minutes we each lost $150. I knew it was not a fool-proof system and this proved it. We didn’t lose as much money as we had won the night before but this shows how easy it is to win and lose in a casino.

The lesson here is that gambling is called gambling for a reason.

Disclaimer: This blog post is intended to be entertaining and informative. I do not encourage anyone to use my system or gamble based on what you have read. Please be responsible and know the odds.

Do you have any interesting gambling stories? Let me know in the comments below.