Skip to content
16Nov 2017 by Dave Macleod No Comments

In How I Started My Bucket List, I described the process I used to create my bucket list. When I created the list I had #86 in mind as being the first one I would complete.

The event that is held each year is called the Herring Cove Polar Bear Dip. The event involves getting into summer swimwear and jumping into the freezing cold Atlantic Ocean on New Year’s Day. I mentioned to my friend, Dave that I wanted to complete this item on New Year’s Day to kick off my bucket list. He thought it sounded like a great idea and agreed to come along. We were going to a party near Dave’s house for New Year’s Eve so we expected it would be good event to shake the hangover the next day.

I made my way over to Dave’s house on New Year’s Eve and we had a couple drinks before heading to the party. The party was great! All of our friends were there and we shared many drinks and many laughs as the party continued into the early hours of the morning.

The next morning I drove over to Dave’s house to pick him up. Neither one of us was a ball of energy so we took our time getting ready. Dave grabbed his board shorts and a towel and then we jumped in the car. The event is held each year in Herring Cove, which is a short drive outside of the central part of Halifax. Registration is held from 10:00 -11:00 am at the church hall, up from the wharf and then jumping starts at 12:00 pm.

We arrived to registration around 10:30 am to find that many people had already beaten us to it. The next two available spots on registration were #150 and #151, which meant we were going to be waiting out in the cold for a while. This did not seem ideal but we were committed at this point and we were going to see it through. Just as we were about to sign up another event organiser informed us that two people had recently pulled out and their spots were #5 and #11, so we grabbed them. Around 11:45 am all participants begun to walk down to the wharf to prepare to jump. 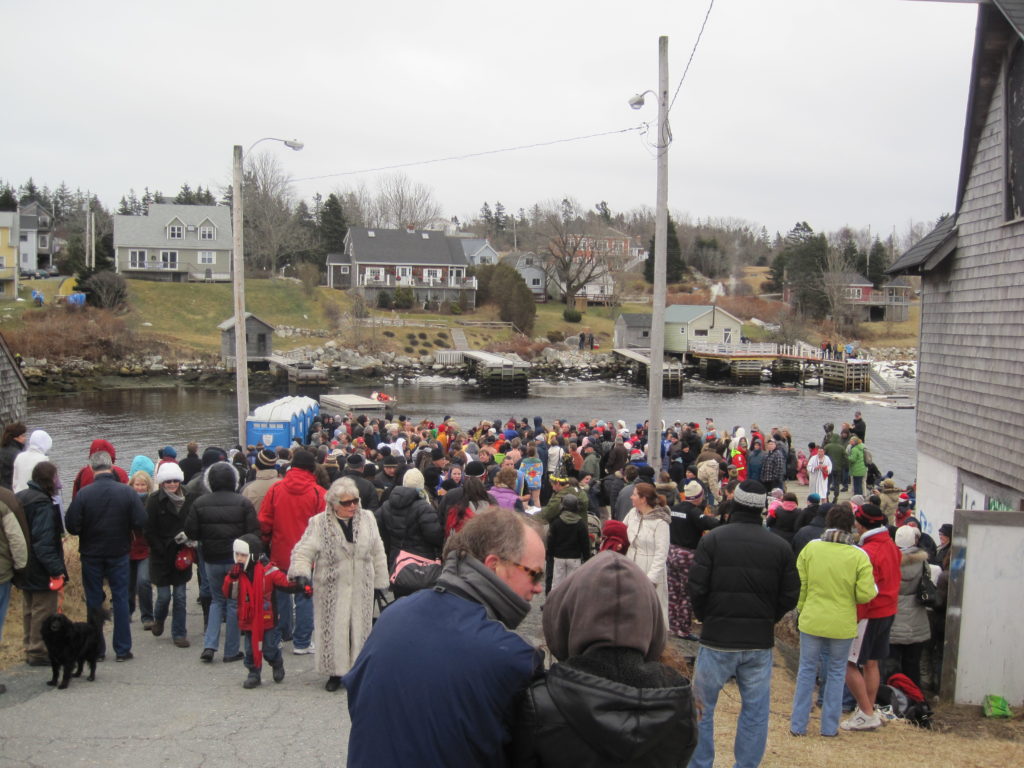 The event was very organised, with portable toilets, paramedics and the fire department on site. There were also two divers in the water to offer assistance, if it was required. As we arrived to the wharf we were ushered into a boat shed, which was heated by a log fireplace. There were 20 of us in there, the first 20 participants on the registration list. We were instructed to remove our clothes, put on our swimwear and grab a towel. 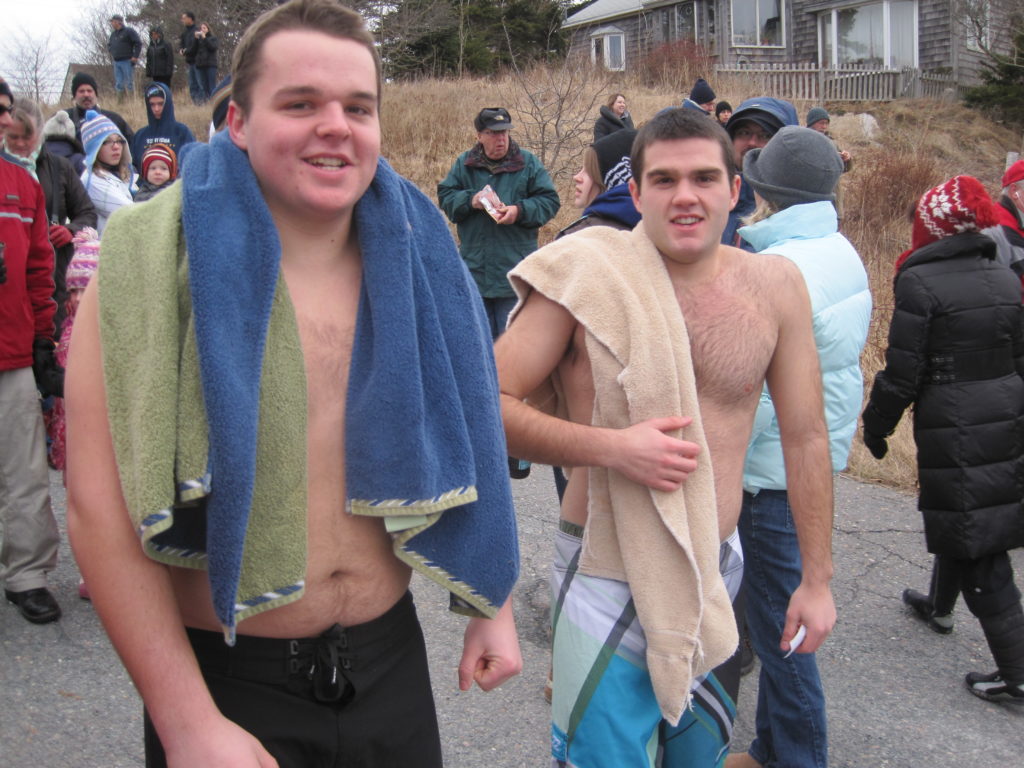 Once our group was ready they opened the doors to the boat shed and ushered us down to the wharf. As we left the boat shed, the next 20 participants entered. We moved through the crowd of spectators until we reached the end of the wharf where members of the fire department were standing around a ladder. The fire department was responsible for getting each participant ready to jump. It was entertaining to watch as the first few people jumped into the cold water and then climbed up the ladder as quickly as possible.

After the fourth participant made their way up the ladder, it was my turn. The fire fighters guided me up to the edge of the wharf and gave me the all clear to jump. I leapt from the wharf and fell about three meters until I hit the water. I expected it to be cold but this was a new level of cold. It was so cold that my body instantly started shivering. I surfaced and turned around to face the wharf. I swam directly for the ladder and begun to climb up. The ladder was made of steel so it felt even colder on the bottom of my feet as I was climbing. As soon as I stepped back on the wharf, I took off into the crowd to find Dave. 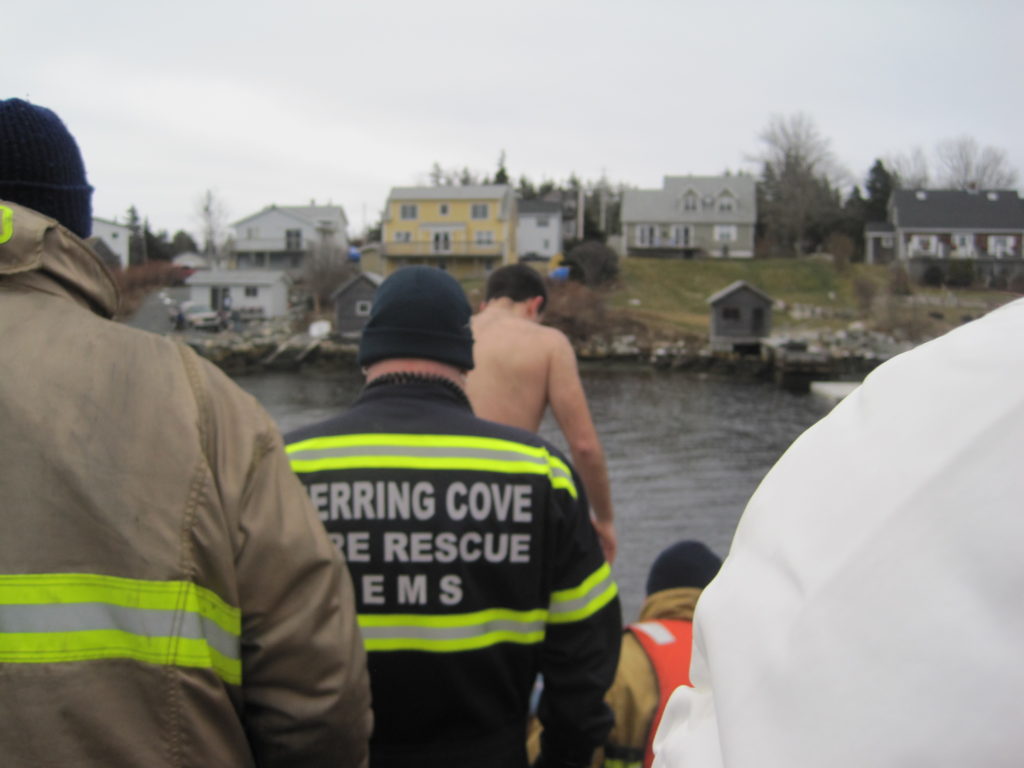 After those two weeks of exhaustively writing down items, deleting items, adding items and refining the list, I had finally started. The first item crossed off the list.

I found Dave in the crowd and he took a couple photos of me shivering and soaking wet before giving me my towel back. He handed over the camera and his towel. It was his turn to jump into the frigid water. 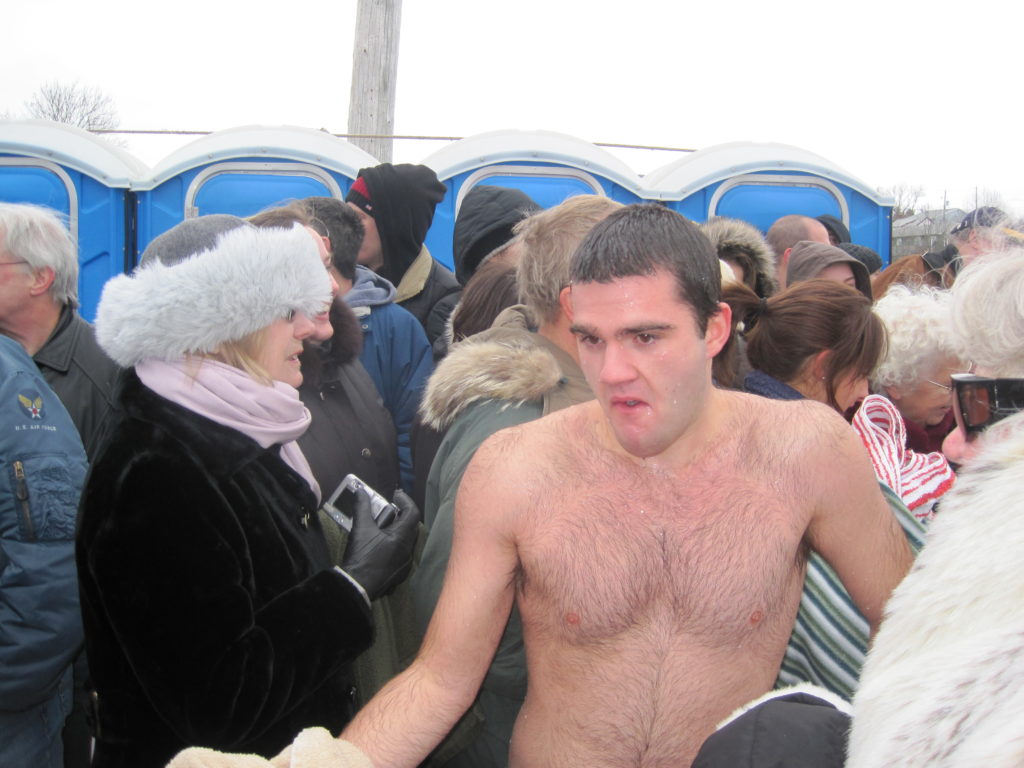 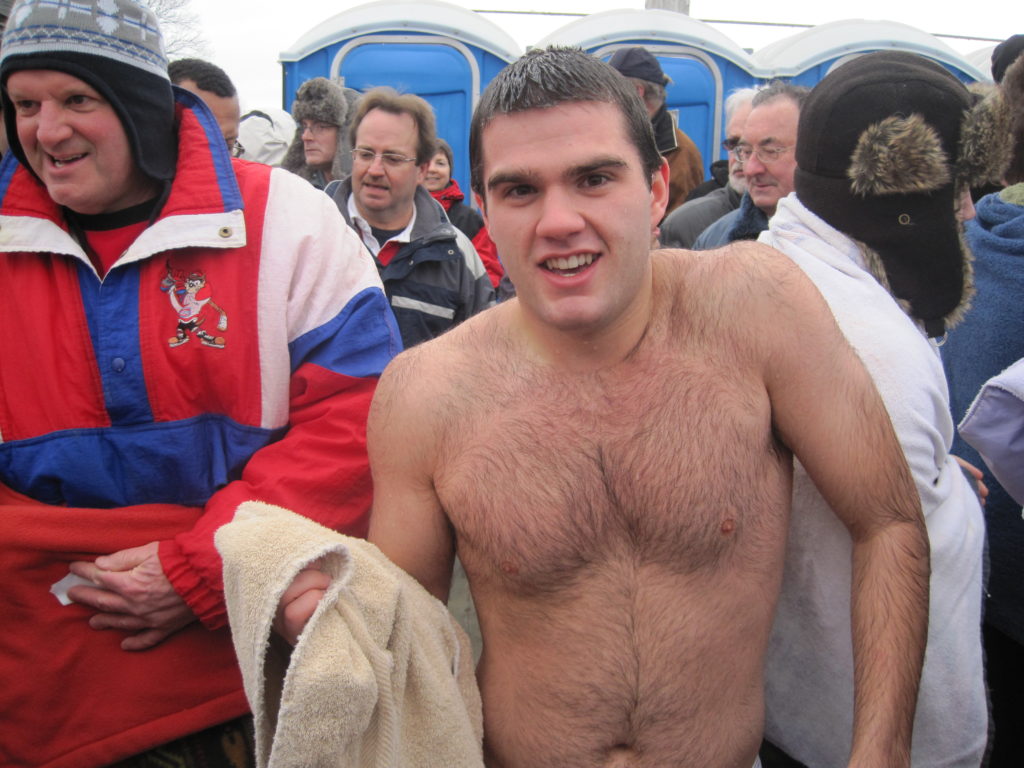 Dave made his way up to the edge and jumped off the wharf. His experience was similar to mine, frantically swimming back to the ladder and climbing it as quickly as possible. I handed him his towel and watched as he wrapped it around himself and struggled to warm up. We were in the same situation but we were not thinking about our hangovers anymore. It’s safe to say the cold Atlantic Ocean does a good job of that. 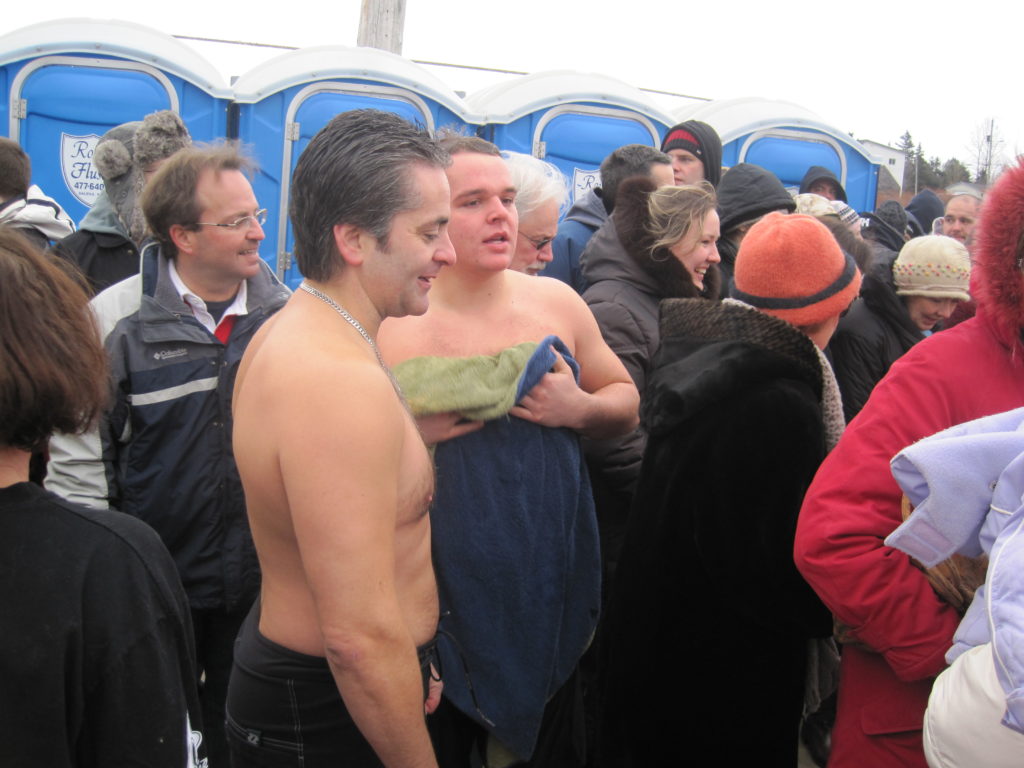 One of the best parts about this event is the free hot drinks and chili that they serve in the church hall after you have survived the dip. We quickly put our warm clothes back on and walked up the hill to the church hall to claim our food and drinks. They hit the spot. They were exactly what we needed to warm up.

Overall it was a fantastic event. Thank you to all the organisers and crew that were involved in making it so great!

Well, that is how I started my bucket list. How did you start yours? How do you plan to start your? Let me know in the comments below.

Make sure to read my next post [#86 Lesson] Just Start, which discusses the lesson learned by completing this item.