Skip to content
17Jan 2018 by Dave Macleod No Comments

This bucket list item was completed during the week of 8-14th February 2010 in Halifax, Nova Scotia, Canada.

When I was creating my bucket list this was a generic life goal that appeared on many lists throughout the Internet. For some people, being a vegetarian is not a hard task. Many people naturally reduce how much meat they consume or completely eliminate it without much change to their diet. For me, it was a bit more difficult.

I grew up in a hunting family and was accustomed to eating wild meat from a young age. This became a tradition in our family and my parents would invite their friends over to experience “Wild Night”. Wild Night was a dinner party that my parents hosted where the menu consisted of about 3-5 different types of wild food such as, pheasant, duck, quail, rabbit, venison and many others. Wine and appetisers usually complimented the wild food and made the night even better.

These nights were always a hit and I still fondly remember them. One year, when I was young, my mum sewed costumes for my brother and me using leopard print fabric. The costumes had one shoulder strap and looked comparable to something a primitive man would have worn. Also, we found some sticks in the back yard and whittled them into spears to complement our costumes. During the night we ran around like cave men and ate the wild meat with our hands (our parents made an exception for the night). 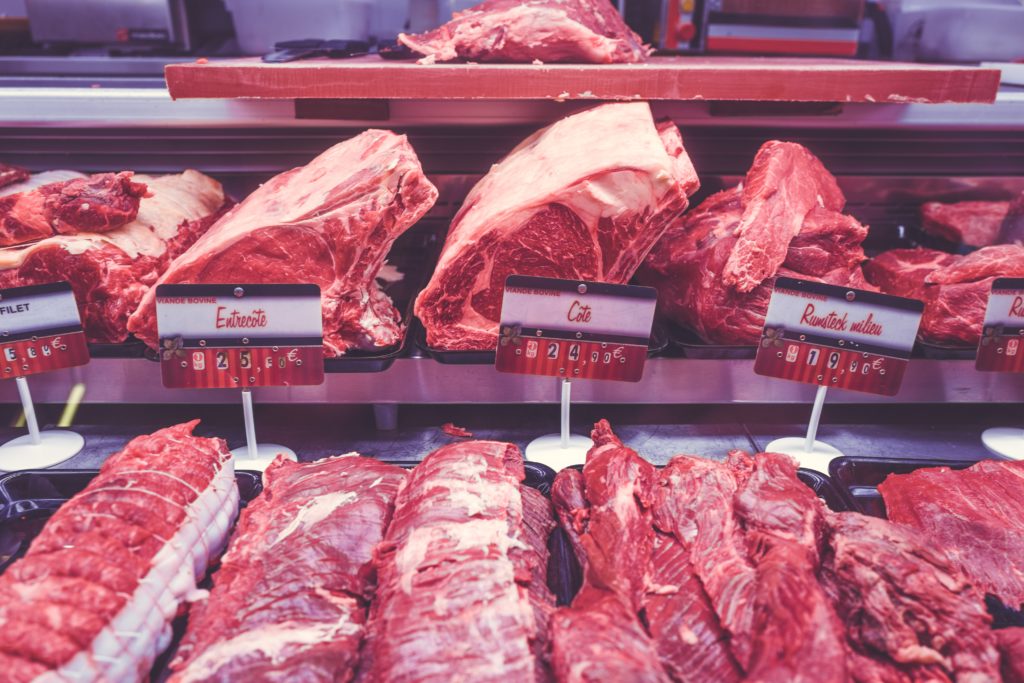 As you can appreciate, meat was a big part of our family. I knew it was going to be a bit of a lifestyle change but it would only be for a week, how bad could it be? Then I mentioned to my friend Dave that I was going to complete this item from my list. As with #86 Go for a Polar Bear Swim, Dave decided he was going to join in with the adventure. However, Dave thought going vegetarian was too easy so he challenged us to go vegan for the whole week. This ramped things up a notch. I was in university at the time and a few staples that I relied on were milk, bread and eggs. With Dave’s new challenge, everything changed.

On the night of 7th February 2010 I had my last dinner as a meat eater. I had a big steak and a baked potato with plenty of butter and sour cream on it. After I had my final fix it was time to go shopping for my vegan food. Usually, I could be in and out of the supermarket in 10 minutes when buying my regular food. This time I knew it was going to take longer and thought maybe it would take me twice as long… I was so naïve.

I made my way through the supermarket in the same pattern I usually walked but whenever I looked at something I would usually purchase, I asked myself what would be the vegan alternative? Bread became rice cakes, spaghetti became rice spaghetti and milk became rice milk; are you noticing a pattern? I was never one for junk food but I always had crackers or something to snack on between meals. Almost all of my snack food was ruled out. Instead, I opted for fresh fruit and trail mix. 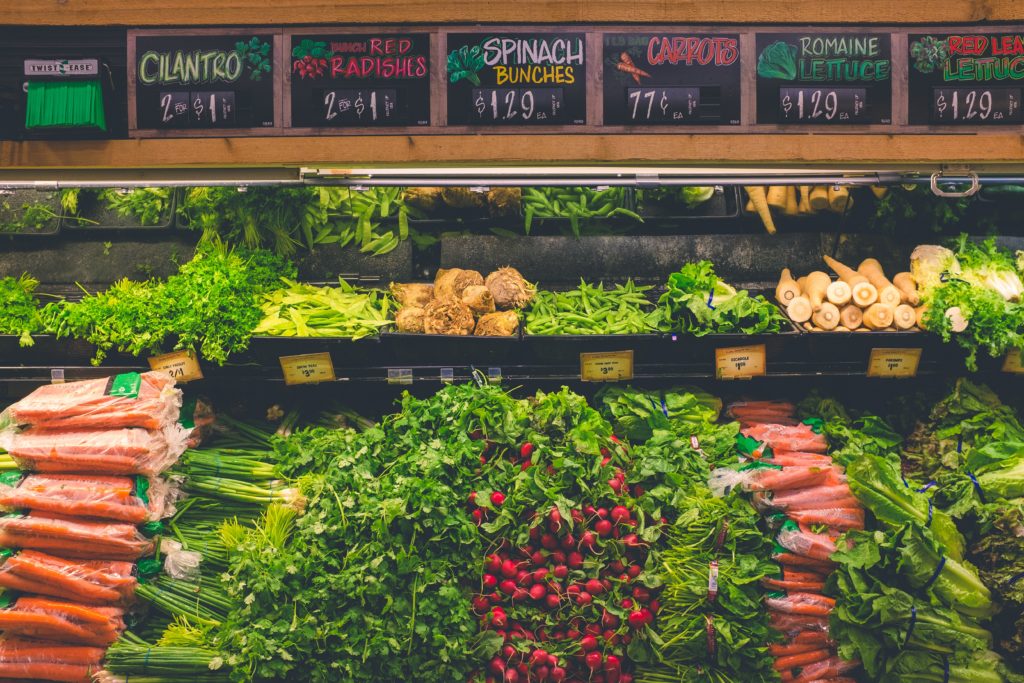 Usually, I would look at an item, decided whether I wanted it and then throw it in my shopping cart. The time from shelf to cart could be measured in seconds. However, during this shopping experience I would pick an item from the shelf that I thought might be vegan friendly and examine the label. As I read through the ingredients I was trying to determine whether anything had come from an animal. Even products I thought would be a safe bet such as vegetable soup usually had beef or chicken stock listed as one of the ingredients. I usually had to pick up and put down about three different brands of one product before I found one that was suitable. Needless to say, the time from shelf to cart was measured in minutes, usually 10 or more.

At the end of my first vegan shopping experience I left the supermarket two hours later bearing only about 12 items, half as many as I would usually purchase. The whole experience was eye-opening and taught me how diligent people have to be when following a vegan diet. 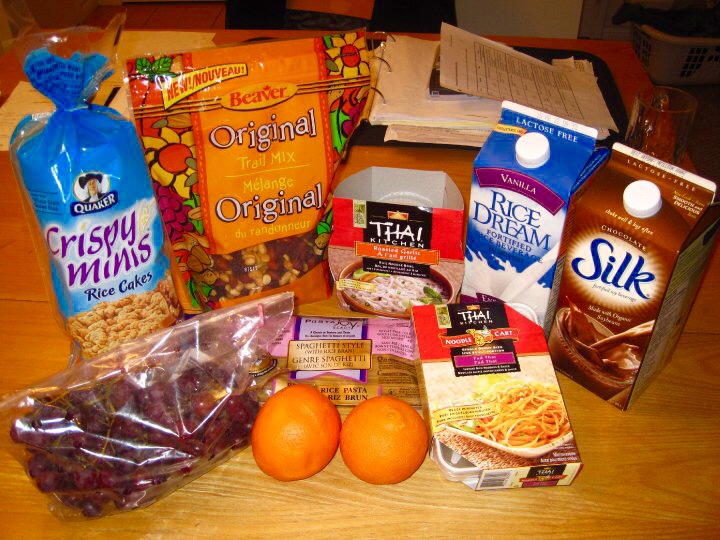 I called Dave the following day to see how his shopping experience went and it proved to be even worse than mine. Dave said that it took him about 20 minutes of reading labels to determine that there was nothing in the supermarket that he could eat, so he left without purchasing a single item.

The first couple days were the hardest to adjust to the new diet. Vegan friendly products do not have the same flavours and texture as what I was used to eating. An Italian sausage and a tofu dog are miles apart in every aspect. After about the third day I began to notice a few interesting changes. The first thing I noticed was that I had a lot more energy and did not feel tired throughout the day. Secondly, my bowel movements were running like clockwork. Overall, I just felt healthier. This trend continued through the week and the routine became a bit easier with time.

Dave and I would follow up with each other to see how the challenge was going throughout the week. Dave made the same comment about the routine becoming easier with time. I think that can be expected with any change to a regular routine.

The hardest part of the week came on the Friday night when I went into town with a few friends for some drinks. Halifax is known for its nightlife and also for its late night food. When the bars let out everyone migrates up to an area known as Pizza Corner. This is a four way intersection, which has a pizza shop on each of the three corners and a church on the other. There are also various places to get poutine, burritos and shawarma. Obviously I was not able to eat any of these delicious options, instead I had to go to Subway and get a vegetarian wrap with no sauce. That was the best I could do.

Making it through to Sunday was a challenge but I did complete it and managed to stay vegan for the whole week. The process taught me respect for how difficult it is to be diligent and know the ingredients of everything I consume. On Sunday my brother’s girlfriend came over to our apartment and brought a decadent caramel chocolate cake. It was hard to resist digging into the cake as soon as she brought it over but I had to make it to midnight to complete a full seven days. As soon as the clock hit 12:00 am I cut my self a big slice of cake and enjoyed it with a big glass of milk. This marked the end of my challenge to be vegan for a week. No cake has ever tasted better.

When I completed this item it was 2010. Now, in 2017, vegan friendly products are much easier to come by and I do not think it would take me two hours in the supermarket to find suitable food. Being vegan for the week truly was an eye-opening experience and taught me a lot. However, I still enjoy eating meat too much to commit to becoming a vegan or even a vegetarian. I respect the people who choose this as a lifestyle because now I know how challenging it can be.

Are you vegetarian or vegan? Do you find it challenging? Let me know in the comments below.

Make sure to read my next post, [#97 Lesson] It is Easy to Underestimate New Challenges, which discusses the lesson learned by completing this item. Want to be notified when new blog posts are uploaded? Subscribe below.